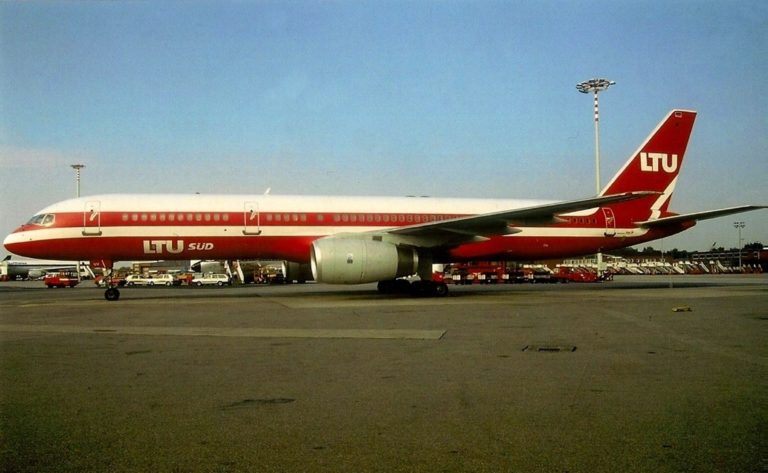 LTU is one of the largest German holiday airlines.

Traveling made easy: check-in your luggage and get your boarding pass the night before your departure – a service available at Dusseldorf Terminal B. The service is free of charge.

An excellent alternative to driving is taking the train to the Düsseldorf Airport Rail Station.

The S7 stops in the underground station “Düsseldorf Flughafen Terminal”.

Depending on the travel agency and airline, train fare to and from the airport is included in the price of your flight ticket. If you take the train to the airport, you may check-in at the rail station depending on the airline with which you are flying.

You may check in at the Rail Station until 45 min before take-off. In the summer of 02, a monorail people-mover will connect the airport rail station to the airport terminal.

That means your suitcase can be checked up to three times in different ways. Camera film could be affected through this process. So, take our advice and pack your film in your carry on baggage to prevent it from becoming damaged.

Basically, you may not carry any dangerous objects on board. That means, of course, no weapons, explosives, any kind of gun or parts thereof – that includes ammunition.

Some objects you don’t think of as dangerous, but that ought to be packed in your checked baggage include:
• any kind of knife, scissors, nail file, or any other sharp or pointed object
• Gas cartridges like pepper gas or tear gas
• Tools
• Weapon look-alikes – these include toy and water pistols

Germany is situated in the heart of Europe. Starting in the N, there is the N. Sea and the Baltic coastline, and numerous islands.

The plains are covered by hills and lakes and to the S are wooded highlands covered by great river valleys. Germany’s S border is defined by the Alps.

The treasures and highlights of a centuries-old culture await you in all the regions of Germany: castles, palaces, cathedrals, cloisters, and historic cities whose old burgher houses on winding romantic streets are surrounded by city walls with gages and turrets.

Best months for outdoor swimming are June, July, and August. Winter sports are enjoyed from December to March and until April in the Alps.

Entering Germany. As a rule, for a US citizen, only a valid passport is required to enter Germany. Residents of other nationalities please contact your nearest German Consulate.

Children may either be included on their parent’s passport or travel with their own passport. No passport photo is required for children under 10 years of age.

For detailed information please contact your nearest diplomatic or consular representative of the Federal Republic of Germany. Visas: In most cases, no visa is required for those who intend to stay in the country for less than 3 months and do not plan to work.

Health Requirements: No immunizations are currently required for visits to Germany. Animals: A health certificate issued by a licensed veterinarian in a period 12 months to 30 days prior to entry is required when you bring dogs and cats into the country. A notarized German translation of this certificate is also necessary.

Post Offices: Usually open from 8AM to 0 PM and from 2PM to 6PM Mon -Fri and 8AM to 12PM on Sat. Railway and airport terminal post offices, found in all major cities are open weekdays until late evening. General delivery mail may be picked up upon presentation of a valid identity card or passport. Letterboxes are easy to spot by their bright yellow color.

In addition, the following holidays are observed in some German states only: January 6 (Epiphany), Corpus Christi (10 days after Pentecost), August 15 (Assumption), and November 1 (All Saint’s Day).

Customs.Items required for personal and professional use or consumption many be brought in duty free. Gifts are duty free up to a total value of approx. $470.

The following limits apply to selected items: 200 cigarettes or 50 cigars, or 250 grams of tobacco. Americans or Canadians not residing in Europe may import double the tobacco allowance.